2020/11/9
On 6th November 2020, a Japanese documentary named “Tagore Songs” was screened in Embassy of Japan in Bangladesh.
The film is directed by Mika Sasaki, her debut film showcased lives of people who devoted themselves to Tagore’s ways of sensibilities and philosophy from a unique Japanese perspective.

The online film screening was preceded by a speech by the Ambassador of Japan ITO Naoki.
In his remarks, Ambassador ITO mentioned “Mika Sasaki is a young and talented filmmaker, who was immensely inspired by one of the most celebrated literary figures in the world in the 20th century, Rabindranath Tagore.
Tagore was a great admirer of Japanese art and literature; and his love for Japan has helped forge a great cultural relation between our two countries.”

Organized by the Embassy of Japan on Bangladesh in collaboration with Japanese film company Nondelaico, the day-long online film screening event attracted over 550 viewers. 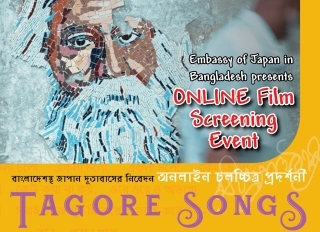 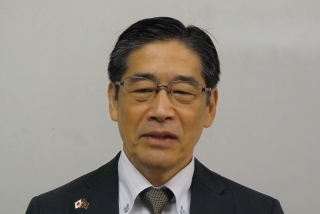