Bangladeshi Officials will Advance their Ability through Japanese Development Scholarship（JDS） 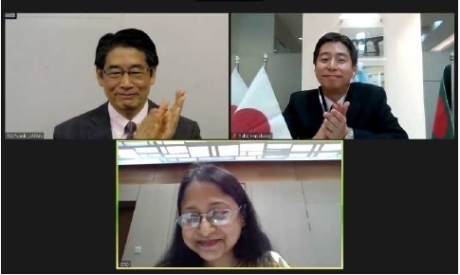 Since 2002 to date, 394 Bangladeshi officials have studied in Japanese universities (Masters and Ph.D) under the JDS scheme. In response to the strong expectation of the Government of Bangladesh to enlarge the scheme, the Government of Japan has constantly increased the number of Bangladesh JDS awardees: from 15 a year between 2010 and 2014 to 30 since 2016. Furthermore, Ph.D fellows have studied for the first time since the spring of 2018.

This year’s 30 JDS fellows will train themselves in different graduate schools in Japan to deepen their disciplines in the area of public administration, economic affairs, legal system and urban planning, public finance and investment policy. It is expected that JDS fellows would play an active roles after the completion of the program in drawing up and implementing social and economic development policies in Bangladesh. It is also expected that JDS fellows would help two nations, Japan and Bangladesh, to further mutual understanding and deepen and broaden friendship.