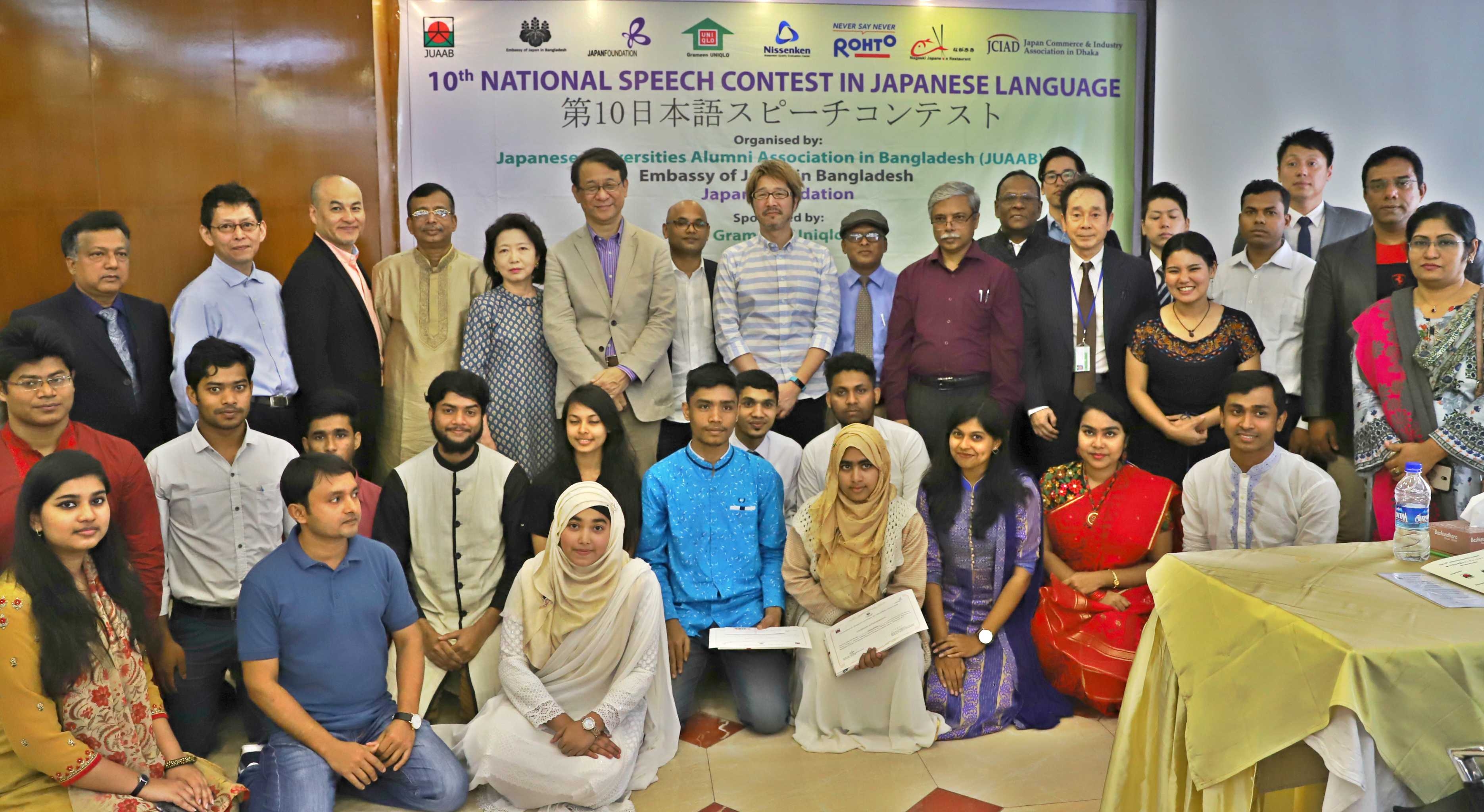 Young Japanese language learners impressed the audience with their unique topics, rich expression and fluency in the language at the final round of the ‘10th National Speech Contest in Japanese Language’ held on 16 February in Dhaka.

Amongst the 15 final contestants, Ms. Firoza Ashravee with the speech title ‘Decision of Life’ got the biggest applause from the 4 Japanese Judges and won the first prize. Ms. Anika Begum and Mr. Nuruzzaman also delivered splendid speeches and were awarded the 2nd and 3rd position. Ms. Firoza and Ms. Anika will participate in the South Asian Federation of Japanese Universities Alumni Association (SAFJUAA) Japanese Language Speech Contest later in this year, representing Bangladesh. The speech contest is one of the flagship cultural events which is annually organised by the Embassy of Japan and the Japanese Universities Alumni Association in Bangladesh.