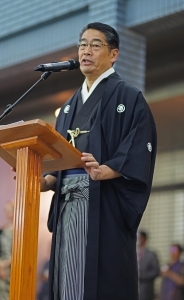 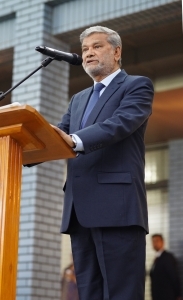 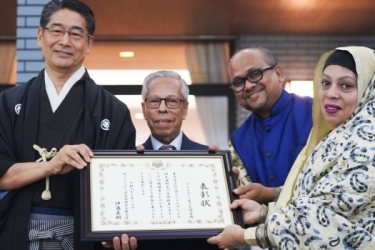 On 18th February, the Embassy of Japan organized a national day reception to celebrate the first birthday of His Majesty the Emperor Naruhito after the enthronement last year.  H.E. Mr. M. A. Mannan, Hon’ble Minister for Planning graced the occasion as the chief guest.

In his speech, Ambassador Ito mentioned that partnership between Japan and Bangladesh has shown a remarkable progress represented by the projects including the third terminal of the Dhaka International Airport, Dhaka MRT and Matabari-Moheshkari area development as well as the Kanchpur Meghna and Gumti second Bridges construction.

In his speech, it is also noted that 2020 will be a very special year because it celebrates the birth centenary of the father of the nation, Bangabandhu Shekh Mujibur Rahman as well as Tokyo 2020 Olympic Games.

Ambassador stressed the importance of early repatriation of Rohingya displaced people and said that Japan will work towards that end.

During the ceremony, Ambassador Ito handed over Ambassador’s commendation to the Bangladesh Ikebana Association for its long-standing dedication to strengthen cultural ties between Japan and Bangladesh through Ikebana, Japanese-style flower arrangement, since 1973.