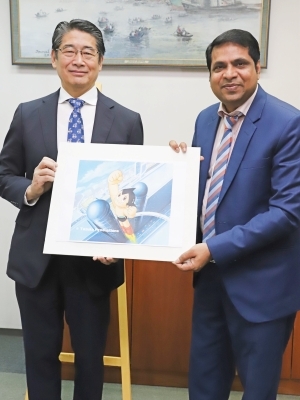 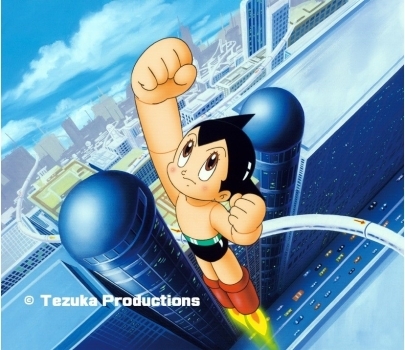 
With cooperation of RTV and Japan Foundation, Japanese beloved animation ‘Astro Boy’ will start to be broadcasted from February. Mr. Syed Ashik Rahman, CEO of RTV, visited Japanese Ambassador Ito Naoki to sign the memorandum and receive the broadcasting material on January 15th.

Astro Boy is a science-fiction anime series about the adventure of an android named Astro Boy in future world where robots and human live together in harmony. He fights against evil enemies and invaders to keep the world peaceful. Since it was first published in 1951, Astro Boy has been one of the biggest hits in Japanese Manga (cartoon) series and has always been all-time favorite for Japanese kids. The TV series has been enjoyed in countries including South Korea, China, the Philippines, France, UK, Spain, Canada or US.

This time RTV is to broadcast 51 episodes in English on every Wednesday and Thursday from 16:20PM. Also, re-broadcasting is available on every Friday and Saturday at 09:15AM.

‘The original story of Astro Boy, written by the great master of Manga Mr. Tezuka Osamu, has been loved by Japanese children for over 50 years. I hope Bangladeshi children share the excitement of watching Astro Boy with Japanese children and it also sparks their interest in Japan and its culture.’ says Ambassador Ito.


＊Please note that the copyright logo [© Tezuka Productions] is required to be published with the official image of Astro Boy.