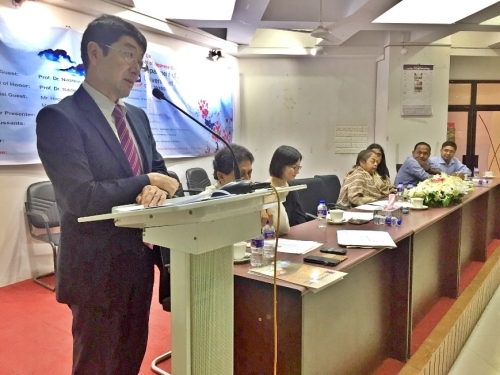 Minister Yamaya giving his remarks at the seminar

In his remarks, Minister Yamaya encouraged Bangladeshi students and researchers to explore further Japanese studies, including pursuing their degrees in Japanese universities. He also highlighted the scholarship program provided by the Government of Japan, which over 100 Bangladeshi students win every year, and called students to apply actively for this scholarship.

Japan Study Center in University of Dhaka, the antecedent of the Department of Japanese Studies, was first established in 1994 and provided Japan related subjects to students for more than two decades.

In 2017, the center became Department of Japanese Studies, which is the first ever area studies department on a single country in University of Dhaka.